I realize now that the title is more alluring than what the actual content is…. but you’re here now so whatever. Also, this is an old post that never got posted – times and living situation are now phenom bombs. (shit I think I just made that up… awesome..)

Due to our previously flooded apartment/leaking skylight (we lived in a basement apartment with skylights – which made no sense to me then and makes no sense to me now).  They (building people) managed to carve out a little platform where all nine heat pumps and air conditioning units would sit and make continuous loud ass noise. Here, is exactly where they decided to floppa-do two skylights so one could have the beautiful view of shitiness. At first glance, appealing for a basement apartment – at second glance – dumb as hell.

Had I known Jaclyn’s room would start melting and mine would be a loud constant humming of rattles I would have – well, thought otherwise about moving in. We also had a broken stove burner, a washing machine that didn’t drain, stompy neighbors (see A Note to Our Upstairs Neighbors) and a small ant problem in the shower.  I think of it as kind of a half-ass Jumanji. The ants are the monkeys, the rain is the rain, and well only those two things kind of apply…. The ant problem was an issue for me because I hate killing insects so it took hours out of my day to extricate the ants from the wall of the shower via flying piece of toilet paper and into the hallway (it was too far to go outside and I feel as though the hallway was good for them).

Jaclyn and I moved into a hotel after the leaking destroyed her room and bedding. I stayed there twice and realized I hated not having all my shit with me and not being able to make eggs in the morning. I decided to move back to the molding apartment as my room wasn’t completely fucked and I would at least have all of my crap. We had to move everything into the living room to avoid further damage. I spent countless nights rummaging through my own filth.

I felt like that underground population of people in Demolition Man. Lots of shit piled everywhere and loud noises from the heat pump that moaned every 30 minutes above my head – not to mention a similar noise coming from the other side of my bedroom wall when the neighbor had sex with his girlfriend and/or mistress lady who frequently wears jeggings. My room was like sitting in a box of horrors when it came at me from both angles. Heat pump vs. loud-ass girlfriend with dramatics. Because of the shared wall I felt like I was actually in the room with them – perhaps sitting in a giant plush smoking a pipe in a robe and voyeur-ing . The whole thing is creepy. Including that previous imaginative description of my own creation.

Upon not sleeping and living in piles of clothes riddled with dampness I felt a shift in my sanity and general maintenance of my person. It’s amazing how living in a messy environment effects your will to live. People who actually hoard for reals must reek of rat poo-poo. During this phase, I wore the same long black woolen sweater with anchor buttons to work for five days in a row. My boss finally noticed and asked what the deal with the sweater was to which I responded,  “I just felt like being cozy….” (hugging my arms around myself) I also felt like not giving a fuck. Basically, cozy equals not giving a fuck. I don’t think I own anything that is “cozy” and not remarkable hideous or ill fitting. It generally has been washed too many times or not at all and makes me look like I’m 10-15 pounds heavier. It is also covered in 9 million lint balls. Fuck winter for making me look homely. ANYWAYS, I would continue to wear my sweater as we were on the apartment hunt again, six months after we moved into our current place.

I cant think of anything worse than moving – mainly because you have to rely on other people to help you. So, when you move as much as I do – you start losing friends. I have four friends so shits getting slim. This will probably be the last time I move or the last time I have friends.

If you take the part out where you are viewing someones home to in the near future make it our own, which is weird as hell but giant king crabs steal each other nests all the time so there’s that. The actual idea of meeting a stranger at a location that they may or may not still live in and touring around their apartment and stifling through their things is in all normal capacities – weird. Sometimes these units are vacated but most of them still have people living in them. I despise the awkward tenants home while you just look at (and judge) their shit and especially when they just follow you around to every room as you open up random cabinets and search through their bathroom medicine cabinet. (no?)

With ALL of that said – we went out one weekend and slammed in three apartments to go see. The first one we wanted to move in immediately. It was charming and owned by an older gentlemen that spoke to us about the war (just the “war” in general ), his farmhouse, and how he came to paint the living room canary-peach-merrygold-yellow. All pretty riveting stuff Mr. Gleason. Kudos. He made us sign some papers before we left (uh, what the fuck were those?) and I gave him my pen because he was just so old and his ran out. He also had a giant gash across his forehead with stitches jetting out of it which was impossible not stare profusely at. We bid him adieu and told him we would be submitting our applications after we had seen the other properties. Since email was not an option, we had to snail mail all of it over so we would hear back in 2.5 weeks.

Next up was a place off of 13th street that I insisted I knew the way to no problem – which of course I did not. I led us a few blocks away from 13th street and then back around in a circle until we happened upon a Mexican restaurant so we gave up and had some beers. Victory is mine.

The third was by far one of the strangest experiences ever. It was owned by an eastern European man named George – also pronounced ‘Gee-jorge.’ He looked like he just got back from the tanning salon and was interested in fucking off the apartment showing and b-lining to some sort of discotheque to dabble in some cocaine. He spun us around the apartment opening up ever cabinet and showing each custom closet him and his sister had installed when they lived together (kind of weird). After we saw inside of each wooden drawer we asked him about the huge paved driveway out front and if we would be able to park there (neither of us have cars) but if we DID – could we?

He responded in a thick and violent accent…

“No. NO!. No one can park there. The guys who bought this place had bad permit so after they built it no one can use.”

“Well, that’s my car.” Gee-jorge said giggly. “You know sometime I go to Target for a few hours and when I do –  I park.”

“Okay, but we cannot park there?”

“No. And also, I have key to your apartment so in the night I come by and I look around and it is good, yes?”

“Excuse me? Like in the night? Wait, we’re talking about a parking space here.”

This all made two pails full of bat shit sense to me and he was borderline rapey. Actually, not border line – just rapey. We told him we had seen enough and to please stop opening all the drawers we would have to be on our way.

Go what? He handed us a form that was literally just like an English exam with one open ended question in the middle of the blank page with a bunch of lines and a place to put our names. We would be leaving Gee-jorge.

“What you guys do tonight? Is it Saturday. We can do the party?”

“No Gee-jorge. We cannot do the party.” 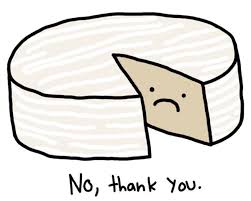 We left thinking we’d be doomed to live with Gee-jorge in his disco-harassment-village of modern European furniture. Alas, we found a little gem literally two blocks away from our old apartment. We would proceed to move by hand (physically our bare hands) and one grocery cart for the next ten days taking trips back and forth and looking like a regular case of vagabonds. BUT ALAS, here we are – happy as clam with windows and free to park in our own fucking driveway.