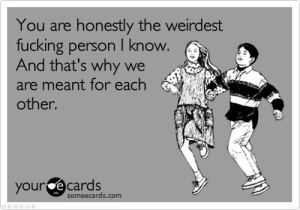 When it comes to cohabitation there are a few finer things then finding some solid-ass roomies. When your living quarters are comprised of people that may just be as mental as you are its like discovering a unicorn, you know they exist but shit, they are rare. This is how I feel about Alice (the Kiwi) and Una (the Irish). It all started on a an afternoon in cyberspace when I replied to a flatmate ad Alice posted online. Later that afternoon we had arranged to go on a girl-date for an opportunity to suss each other out and gauge our compatibility. Girl-date consisted of a drink at CBH (read post before this if you don’t know what this is),  banter about drunken escapades, lifestyle choices, man-candies and preference in foods. Balls, girl dates are easy. I could discuss all of the above for the next 10 hours. Alice passed my mental checklist with flying colors as someone who would be able to put up with my antics, seemingly cool and most likely will not kill me in my sleep. Next came Una, Alice had also met her online (Alice, lay off the internet you scoundrel) and met her at the movie theater bar (who does that?) for a drink and a little chit-chat. How did this conversation even go? “You wanna grab a drink to meet up?” ‘Yea, sure” “How about any establishment that serves beverages?” “Sounds good” “OK, Ah yes, well meet in the upstairs lobby of the cinema” (wha?). For whatever reason I couldn’t attend, otherwise I would have put a stop to this fools errand and had us meet at place where other people go, not just weirdos. In the beginning of anything you never really know what your in for and I can tell you I would have never had guessed.

And so it begins… 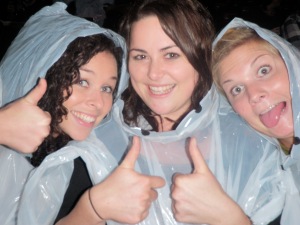 There are a few things you have to know about our a apartment and they are as follows:

1. There must be at least 7% of empty space left available on the TV show recorder at all times or I’m pretty sure Alice will commit a small case of murder.

2. If we have guests over for dinner, once the dinner is over everyone must participate in a human pyramid. (smallest on top, which is always Una, she hates when we do this cause these human pyramids end up being pretty ‘effing tall.)

3. Do not go to the East Wing unless absolutely necessary. It is a long journey and we have lost many a good men.(the east wing is my room which is way in the back past the bathroom and the laundry room, we thought about putting in a water station halfway cause it is that ‘effin far away. I also have a single rose that floats around in a glass dome and loses petals until I find Belle.)

4. Whilst in the apartment, should you come across a new species of insect that looks like a miniature cow do not squash it!! It is our mini-cow, we saw him once and now wait patiently for his triumphant return.

5. We, as most apartments do, have a resident gnome who steals shit. Ours has, naturally, at least 65 single socks along with a vast collection of bobby pins and one bottle of face lotion. (I’ll get you last!)

6. Should you wake up in the morning and there be additional plants and other tree-like vegetation now in the apartment, it is OK, Alice steals greenery when shes drunk as well as milk crates and anything you can sit on.

7. Should you go into Una’s room, do not touch anything. It will fall apart into a million pieces. She does not read Ikea instructions.

8. These words  cannot be used under any circumstances in the apartment or in the company of apartment residents:

* Should you need to use these words, use as such:  “Wow, this cake is the M word and S-words out chocolate goo when you cut into it.”

9. We rehearse the phone call excerpt from the Liam Neeson film, Taken nearly every night until perfection is reached.

10. Should Alice stand up abruptly and insist on making a speech, this speech will be about why she is going to bed so early and what time she has to wake up…..please ignore.

11. Nearly every appliance in the apartment has a name. So if someone says, ” Shit-man, Henry is the worst at sucking up all the couch hairballs.” Don’t be alarmed we are talking about our lame-ass vacuum.

12. Everyone in the apartment owns and wears “friendship pj’s.”

That pretty much covers it…..example of day to day behavior is as follows:

“Be honest with me, did you or did you not use my baby wipes?”

“Whaaattt?! I spent more money on a kebab then I did on alcohol.”

“I said it needed to be “Dora the Explorer inconspicuous”…. “Yea, that’s totally legit.”

“Oh my God please perform a puppet show from behind that sheet.”

“Ah cheese wrapper, very suspecting…” “Who has cheese?” “No one. That’s why its suspecting…”

“Something about a guy in a turtleneck….ya know?”

(Watching Taken 2 Trailer) “This is awesome. And I don’t even know what he’s doing.”

“Look at how much steam is near my face”

“Ummmm who said you could use that bowl?”

“Listen, if your going to do anything you can continue doing the crab walk.”

Overly Competitive Game of what they call Cluedo: (It is simply “Clue” no “-do” is needed) 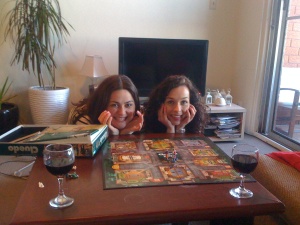 After two hours of Alice saying “Ahhhh a very interesting development” after every card…I guessed first and was completely ass wrong. Alice had shown me the revolver twice already and I still guessed it was Mrs. Peacock in the Conservatory with the Revolver. I suck at this game and who’s murder are we trying to solve anyway? They never say. Oh, and Colonel Mustard can get fucked. 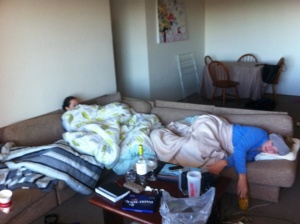